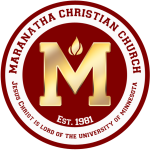 Having been a presence on the University of Minnesota campus for more than 38 years, Maranatha Christian Church is now one of the most well-established and active student groups on campus.

Our church began in 1980 when 21 adults and 12 children traveled to Minnesota from Memphis, TN and Bowling Green, KY during one of the most bitter winters in Minnesota history. Their vision was to build a relevant, student-focused church on the University of Minnesota campus, a place that was often considered one of the most liberal secular university campuses in the United States.

The small group began meeting in the basement of an off-campus house. Growth and change provided opportunity to move to different meeting spots on campus, including Coffman Union, the St. Paul campus and eventually the Health Science Building (Moos Tower). During this time, the church stood as a beacon of light in a dark place, boldly speaking the truth of the Bible and seeing many students, staff and faculty of the U of MN find freedom in a relationship with Jesus.

Before long, the house was full of student renters, and meetings were bursting out of the windows and doors with standing room only crowds. After a season, the fraternity decided it wanted its house back, and the church moved off-campus to rent a large, nearby warehouse to host its growing meetings.

Oddly enough, the move into the larger building was accompanied by a time of non-growth for the church. The group steadily lost ground and could no longer support the warehouse space. Little did they know, God was working out a greater plan.

Through a miracle of God the church purchased a new house on campus, this time on sorority row. The move back on campus brought new growth and involvement. Soon the group had outgrown the house and began looking for another larger facility. They found and rented a new space just off-campus, and once again, the church began to plateau.

Realizing that on campus was where God wanted the church, they remodeled and moved back into the house on sorority row, which is where we remain today.

Through the countless spiritual battles we have faced and fought at the University of Minnesota, Maranatha Christian Church has stood unwavering in our convictions regarding some of the most heated social topics of our time. We remain active on campus with weekly contact tables, Bible studies and seminars on relevant topics such as abortion and creationism. We hope to be found faithfully working these fields when Jesus returns. The fields are “white for harvest (John 4:35).”